The Lewellen State Aid Bridge was contracted in 1926 for $71,300 under the Nebraska Department of Public Works. After completion, the county requested another in Lisco for $47,600. The Lewellen and Lisco bridges are the only remaining intact examples of state aid pony trusses in Nebraska, and were important crossing points of the North Platte River.  The Garden County Commissioners first applied for state aid to build bridges over the North Platte River at Lewellen and Oshkosh in July 1916. The Oshkosh Bridge was finally erected in 1924-25.  The Oshkosh bridge was replaced years ago.  Although originally a state highway crossing, the Lewellen Bridge is now maintained by the county in essentially unchanged condition.

The Lewellen Bridge was one of eight state aid bridges designed by the state engineer's office using multiple-span Pratt pony trusses. With spans ranging from 60 to 100 feet, most were built in the mid-1920s, when the riveted long-span pony truss found its greatest acceptance in Nebraska. Of the three Garden County state aid bridges, two remain in original condition. In fact, the Lewellen and Lisco bridges are the only remaining intact examples of state aid pony trusses in Nebraska. (A third structure, the Platte River Bridge in Hall County, is made up of six spans salvaged from the Silver Creek State Aid Bridge.)

Lisco State Aid Bridge - Just months after completion of the Lewellen Bridge, the Nebraska Department of Public Works began designing another multiple-span truss over the North Platte River at Lisco. The Lisco Bridge differed from the Lewellen and Oshkosh structures in that it consisted of eight 80-foot spans. In October 1927 a contract for its construction was awarded to the Western Bridge and Construction Company for $47,600. Using steel fabricated by the Inland Steel Corporation, Western completed the structure during the relatively mild winter of 1927-28. Although originally part of the primary highway system, the Lisco Bridge now carries a county road. It, like the Lewellen Bridge, is distinguished as an important crossing of the Platte River and one of the last two intact multiple-span state aid truss bridges.


Both bridges are registered on the Nebraska State Historical Registry. 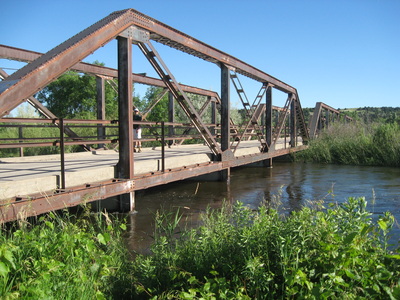 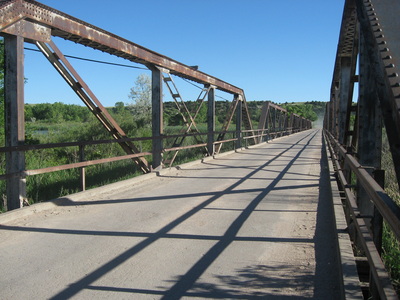 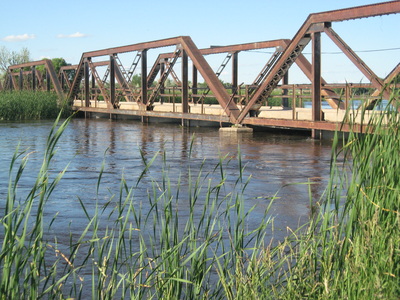 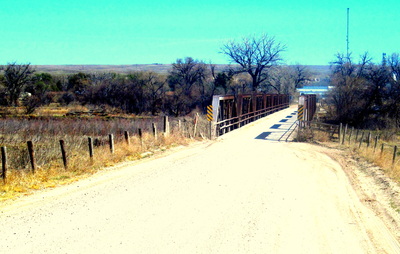 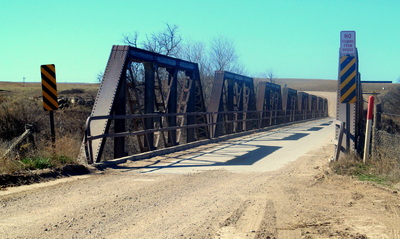 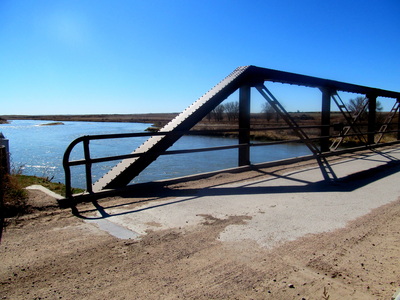